What the Rich Can Teach Us About Transferring Wealth to Heirs

For many affluent families, the issue of effectively transferring assets from matriarchs and patriarchs to kids and grandkids is a key part of their wealth planning efforts.

Those assets might come in the form of stocks and other marketable securities as well as family businesses. Regardless, many affluent families want to pass on their wealth in ways that meet their wishes and result in as light a tax burden as possible.

In seeking to draw on lessons from the Super Rich (those affluent individuals with at least $500 million in net worth), let’s examine how they “pass the baton” when it comes to one very specific aspect of their wealth—single-family offices, which are entities established and run to address the financial and lifestyle concerns of extremely wealthy families.

As with a family business or a sizable portfolio of assets, an often-critical consideration for many of the Super Rich families is transferring their single-family office and their affluence to succeeding generations.

Among single-family offices, it is common for the wealthy families to have considerable oversight. That oversight may involve setting broad strategy and making key decisions as well as addressing the acquisition and compensation of talent (such as senior management, dedicated investment professionals and other key personnel). 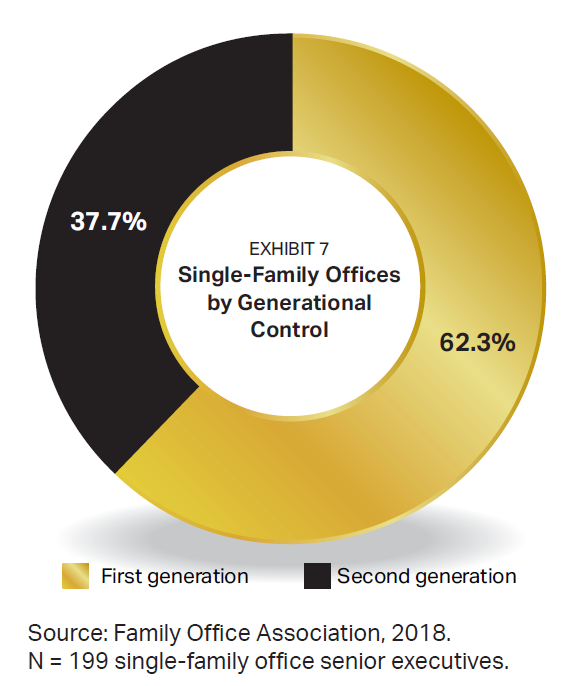 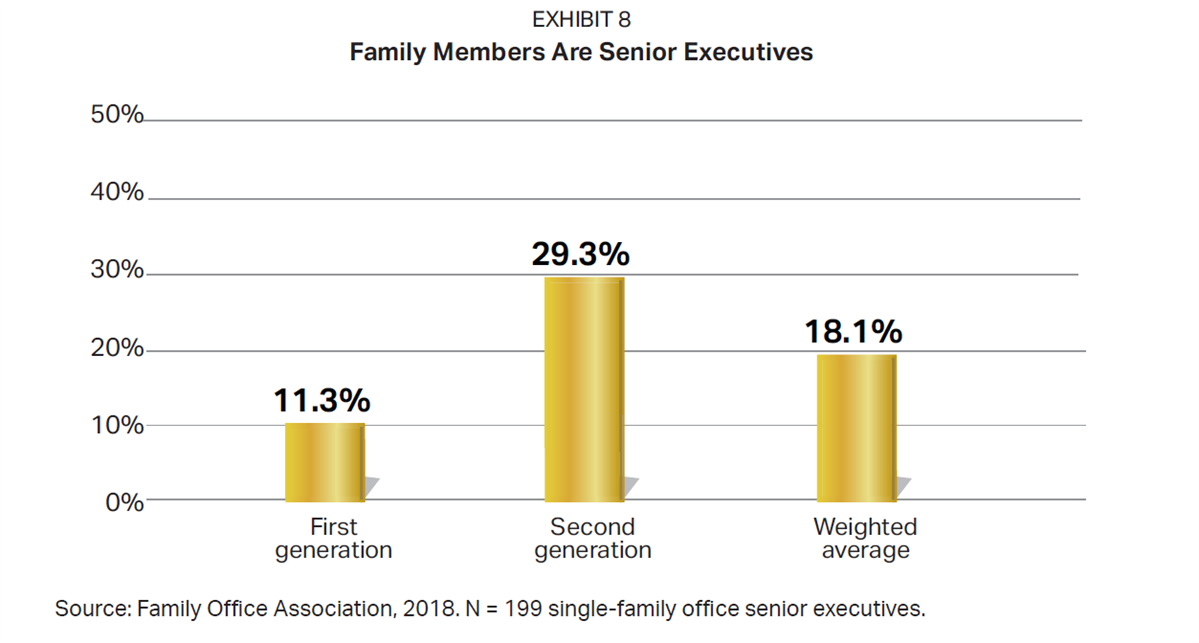 Why? In our experience, we see that the first generation creates single-family offices to address financial and lifestyle concerns but generally turns to outside professionals to manage the offices. Many of the first generation still have operating businesses to run, and those companies are usually the source of their fortunes. Alternatively, they may prefer to involve themselves in charitable or personal pursuits. 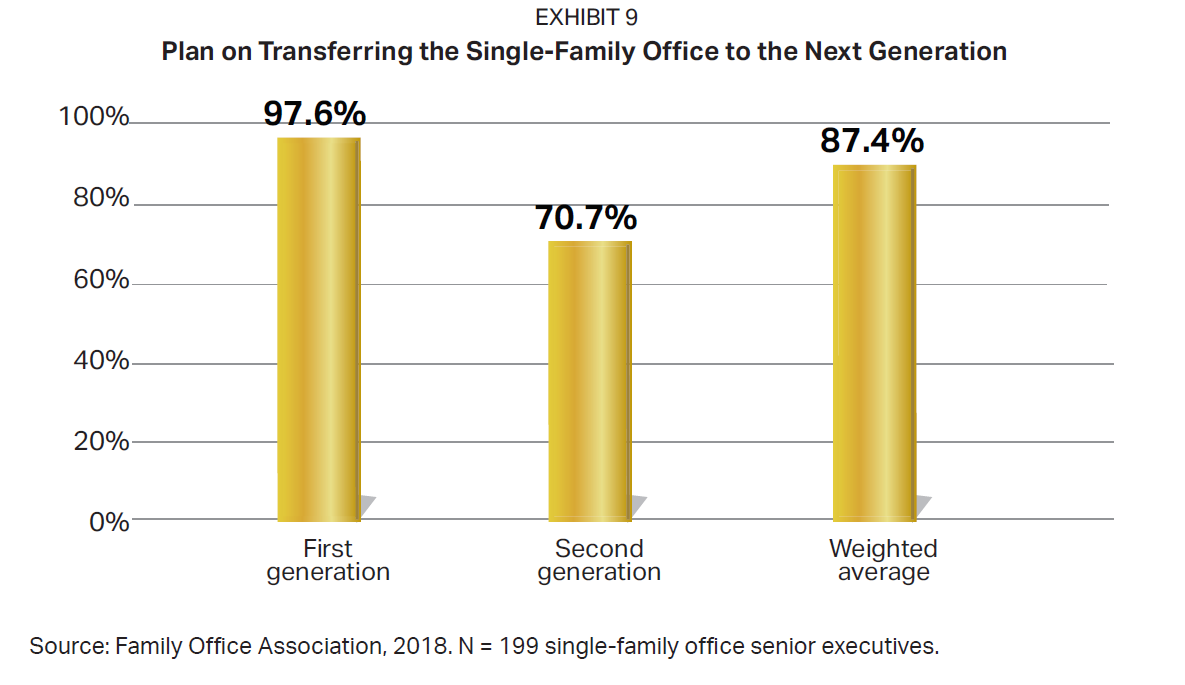 Are the affluent planning well for wealth transfer?

There are generally two major considerations in transferring control and ownership of the single-family office to the next generation: financial and operational. The former addresses ownership concerns in the context of taxes, legal control and related issues. The latter deals with matters such as management structure and ensuring that proper expertise needed to run the single-family office is in place.

Having a formal financial succession plan in place is characteristic of nearly all the single-family offices (see Exhibit 10). Very often, financial succession plans are interlaced with (or subsumed by) broader family estate plans. That said, ownership and control may still be transferred incrementally over time while everyone involved is still alive. 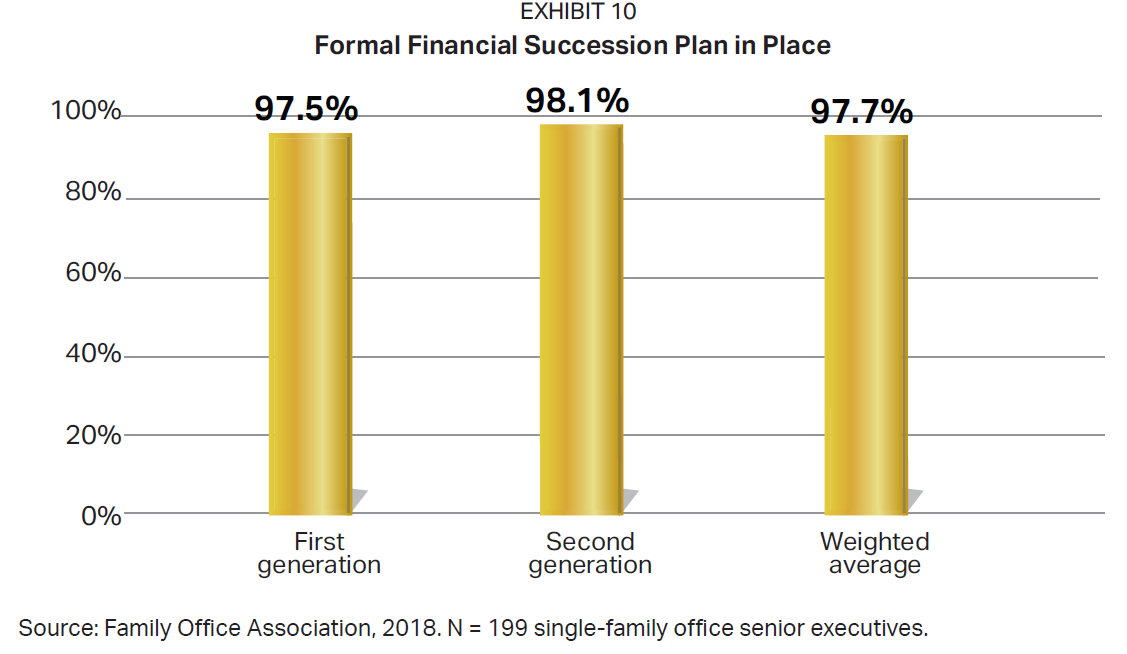 Caution: While it’s good news that so many formal financial succession plans are in place, it’s possible that those plans are not structured to deliver the results that the families want and expect to see. Existing succession plans can be—and often are, in our experience—outdated due to changes in family circumstances, laws and regulations, and other factors.

But while formal financial succession plans have largely been addressed, the same cannot be said for formal operational succession plans (see Exhibit 11). Note that just over half of the first-generation single-family offices have such plans in place—and a mere 7.5 percent of the second generation are prepared in this way. In aggregate, just around 40 percent have taken action here. 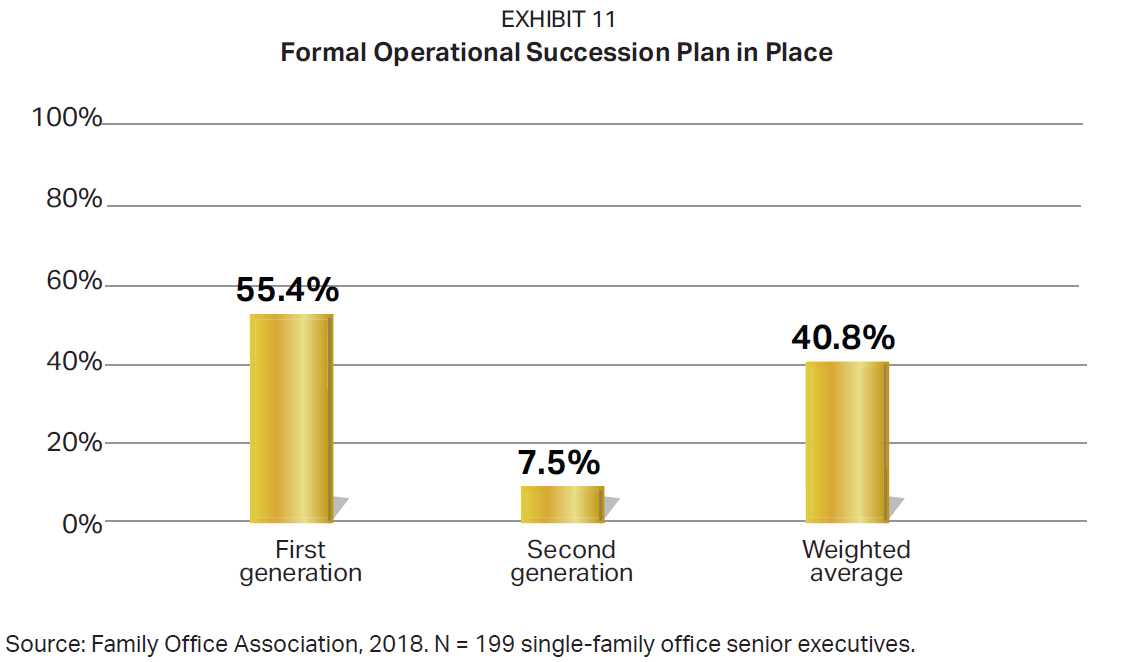 This lack of comprehensive succession planning may explain why a mere 13.3 percent of second-generation family members said they felt prepared when they took control of their family’s single-family office.

Clearly, even the Super Rich can improve on their wealth transfer and succession efforts. When we examine how they have—and have not—planned for the transfer of assets to their heirs, we can see a few important lessons that all of us should review and consider in our own lives:

The fact that the Super Rich with single-family offices may be overlooking important issues suggests that even the wealthiest (and seemingly savviest) families don’t always have their ducks in a row as well as they could (and should). Be sure you’re tackling wealth transfer from all angles!

Next step: Contact your financial and/or legal professional to discuss your wealth transfer and estate planning goals for yourself and your family.

Disclosure: Tax laws are subject to change, which may affect how any given strategy may perform. Always consult with a tax advisor.

ACKNOWLEDGMENT: This article was published by the VFO Inner Circle, a global financial concierge group working with affluent individuals and families and is distributed with its permission. Copyright 2020 by AES Nation, LLC.

This report is intended to be used for educational purposes only and does not constitute a solicitation to purchase any security or advisory services. Past performance is no guarantee of future results. An investment in any security involves significant risks and any investment may lose value. Refer to all risk disclosures related to each security product carefully before investing.